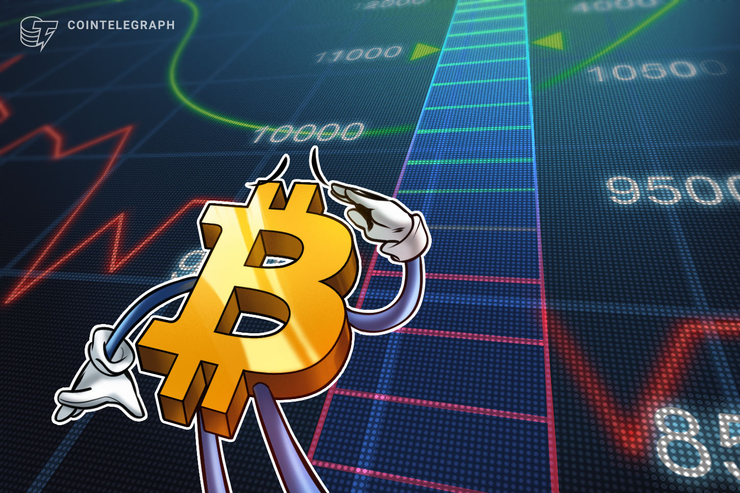 Bitcoin (BTC) held above $9,000 on Oct. 28 as a weekend of bullish madness continued to captivate markets.

Data from Coin360 showed volatility remaining elevated for Bitcoin on Monday, with swings between $9,100 and $9,900 characterizing the past 24 hours.

Those levels have since consolidated, with the press time price of $9,400 nonetheless corresponding to 3-day gains of 25%.

China fuelled the mood once more as the week began, Cointelegraph reporting on the news a major national bank had sealed an investment deal in a Bitcoin wallet provider.

Despite the excitement being tangible among market participants, however, not everyone was convinced the new highs would endure.

“The chart obviously looks completely ridiculous now and CME are going to open with a gap to the upside if prices remain like this,” Cointelegraph contributor filbfilb told subscribers of his dedicated Telegram channel over the weekend.

Filbfilb added he expected BTC/USD to return to levels around $8,800.

Altcoins likewise maintained higher levels after rising precipitously in line with Bitcoin. However, it was Chinese projects which showed a clear advantage for traders.

Both Tron (TRX) and NEO (NEO) delivered considerably stronger performances than the average top twenty cryptocurrency, both rising around 23% in the past 24 hours. Tezos (XTZ) and Zcash (ZEC) also showed progress with 8% gains.

Ether (ETH), the largest altcoin by market cap, meanwhile saw sideways movements on Monday, with daily gains of just 1.5% to $182.