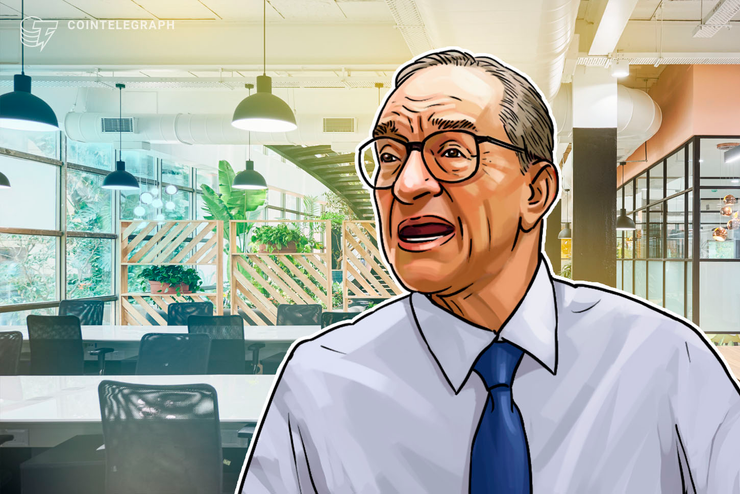 Alan Greenspan, the former chair of the United States Federal Reserve (Fed), has said there’s “no point” for central banks to issue their own digital currencies.

According to a CNBC report on Nov. 11, Greenspan made his comments during the annual economic outlook conference hosted by Chinese financial magazine Caijing.

No point in Libra either

Greenspan’s argument reportedly hinged on the fact that national fiat currencies are backed by sovereign credit — a provision that is exclusive to the nation-state and its institutional structure.

Not even the tech behemoths in the age of FAANG’s ascendancy — an acronym for the world’s five most successful tech stocks, Facebook, Amazon, Apple, Netflix and Google — can compete with the depth and breadth of the U.S.’ financial markets, he argued.

“The fundamental sovereign credit of the United States is far in excess of anything Facebook can imagine.”

With his 1987-2006 tenure thus spanning a period of serial crisis management and the Fed’s ever-more-spectacular dominance over the global financial system, TIME had run a now-notorious cover with a photo of Greenspan, Treasury Secretary Robert Rubin, and Undersecretary Lawrence Summers in 1999 dubbing them the “Committee to Save the World.”

In the wake of the historic 2008 financial crash, Greenspan’s reputation has taken a nosedive, he and his cohort accused of having cemented the policies that brought the global system to its heels.

China and Tunisia already in the business

In an era of mounting Sino-American tensions, China’s central bank, the People’s Bank of China, is now widely expected to become the first major global economy to launch a central bank digital currency.

Meanwhile, Tunisia has recently begun the process of digitizing the dinar and plans to issue a paper-backed CBDC on a blockchain network jointly managed with a Russian tech startup.

In October, members of the U.S. House of Representatives Financial Services Committee addressed a letter to the incumbent Fed chair Jerome Powell inquiring into the prospects of issuing a USD CBDC.

The lawmakers argued that the Fed has both the capacity and the mandate to establish a safer, more flexible and more stable monetary and financial system by developing a digital dollar.