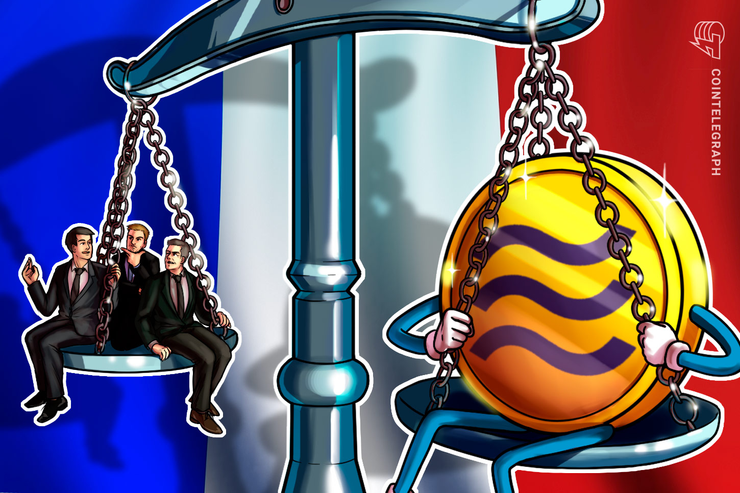 France’s economy and finance minister has repeated his criticism of Facebook’s digital currency Libra, saying he cannot allow its existence.

In an opinion piece for the Financial Times on Oct. 17, Bruno Le Maire claimed Libra would take power over currency away from national governments.

“I cannot countenance one of a sovereign state’s most powerful tools, monetary policy, falling under the remit of entities not subject to democratic control.”

France has taken a hardline stance on Libra, which continues to face pressure from governments around the world.

Previously, Le Maire announced France as a jurisdiction could not permit its development, due to perceived risks regarding the European Union’s financial structures among other problems.

His latest piece furthers those arguments. Facebook, the logic goes, cannot gain the same trust as the traditional financial system of governments and central banks.

“France’s position is clear: we want financial innovation to respect the sovereignty of states. Neither political nor monetary sovereignty can be shared with private interests.”

As Cointelegraph recently noted, Bitcoin (BTC) proponents have largely laughed off objections to Libra by politicians.

For Saifedean Ammous in his popular book, “The Bitcoin Standard,” it is in fact governments and central banks that are responsible for the manipulation and destabilization of currencies they now consider under threat.

Divorce from the gold standard beginning in 1914, following Keynesian economics and allowing central banks to intervene in currency performance have all but guaranteed the instability of fiat currency, Ammous argues.

Bitcoin, by contrast, removes such control from centralized authorities altogether.