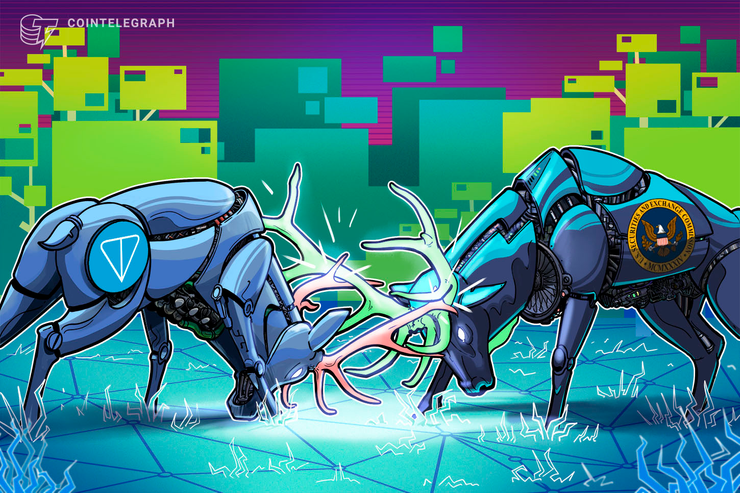 The United States District Court for the Southern District of New York has postponed the hearing regarding the Securities and Exchange Commission’s (SEC) injunction filing against Telegram Open Network (TON) and its Gram token to Feb. 18–19, 2020.

As Cointelegraph reported recently, following Telegram’s counterclaim on Oct. 16, where the firm argued that its native crypto is not a security and the preliminary injunction should be denied, the SEC has responded with a new filing in the New York Court on Oct. 17.

According to a TRO filed on Oct. 11, Telegram should have been at a court hearing in New York on Oct. 24. Yet the latest court order states that the hearing will be held on Feb. 18–19, 2020:

“IT IS ORDERED that Defendants shall not offer, sell, deliver, or distribute “Grams” to any person or entity, until the conclusion of the hearing scheduled by the Court for February 18 and 19, 2020 (“Hearing”), except upon further order of the Court or agreement of the parties. At the Hearing, any party may move the Court for the continuation or dissolution of this Order.”

Recently, the SEC has claimed that not only did Telegram violate the U.S. securities laws during its initial coin offering (ICO), but it also is seeking a preliminary injunction to prevent Telegram from further violations.

The SEC stated that Telegram’s proposal to deny the injunction would allow them to continue to violate regulations after five months, and put the burden on the SEC to seek another temporary restraining order.

The SEC has announced an emergency action against Telegram on Oct. 11, just weeks before the planned launch of the Telegram Open Network.

Telegram asked a U.S. court to deny the action, prompting a response from the SEC seeking a preliminary injunction.

While Telegram has proposed to postpone the launch of TON, a “force majeure” clause in the purchase agreement for TON’s native Gram tokens has made investors concerned that Telegram could abandon its obligations to return funds from Gram token sales in the event of a delay.

Telegram investors must decide whether to extend the TON launch by Oct. 23. Should such a proposal pass, TON would tentatively launch on April 30.