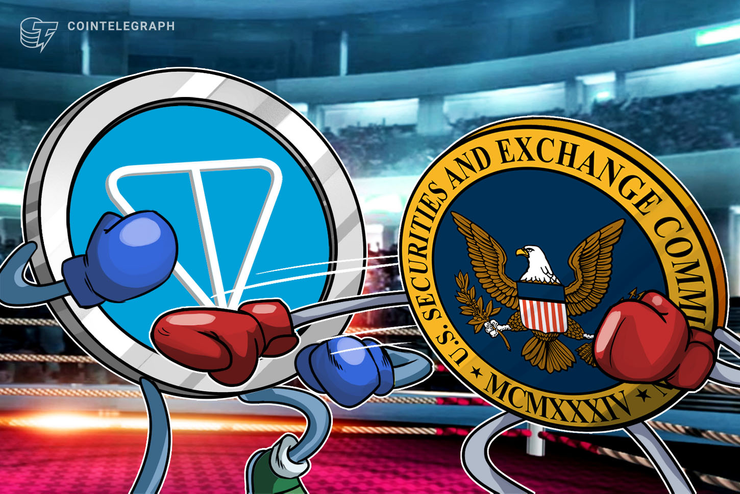 The United States Securities and Exchange Commission (SEC) asked the High Court of England and Wales to force Telegram’s former chief investment advisor John Hyman to testify in the case over the firm’s Grams tokens offering.

Industry news outlet Coindesk reported on Dec. 7 that the SEC’s request was revealed by documents filed by the regulator with the U.S. District Court for the Southern District of New York yesterday.

As Cointelegraph previously reported, the SEC is convinced that Telegram’s Grams tokens are unregistered securities. According to the regulator, Telegram claimed that its Grams Purchase Agreements but did not claim the same about the actual tokens. Furthermore, “in any event, the exemption from registration under Regulation D is not available to Telegram.”

Per the filing, the SEC is looking to obtain Hyman’s testimony because of his involvement in Telegram’s fundraising efforts. He reportedly communicated with “over a dozen” investors of the firm’s Telegram Open Network (TON). According to the documents, Telegram CEO Pavel Durov defined him in January last year as the person who “runs the distribution of Grams.”

The U.S. regulator requested the U.K.’s authorities to issue a Letter of Request for Hyman’s deposition, given that he is a United Kingdom’s citizen and resides there. According to the filing, the SEC attorney previously contacted Hyman’s counsel and Hyman agreed to appear for a voluntary deposition.

Still, later Hyman’s counsel allegedly “refused to return multiple phone calls and emails regarding Mr. Hyman’s deposition.” Other than his testimony, the SEC is also looking to obtain copies of Hyman’s written communications with Telegram’s leadership and investors, documents about his employment at Telegram and his own investment in grams.

As Cointelegraph reported at the end of November, a United States federal judge has preserved the SEC’s move to strike Telegram’s defence “for vagueness/lack of notice.”

While it is unclear whether the person is the popular singer and actor himself, he used an email address hosted on the celebrity’s official domain jaredleto.com.