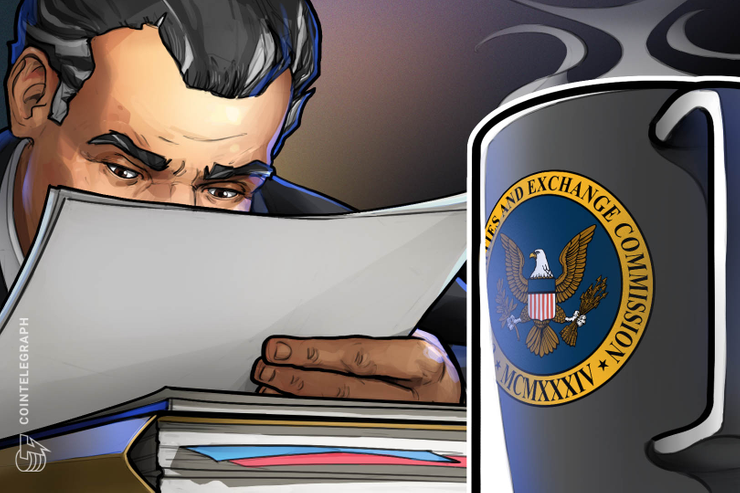 The United States Securities and Exchange Commission (SEC) suspended securities trading of 271 issuers this year, including some digital assets. The SEC released its annual report for the fiscal year of 2019 on Nov. 6, in which the regulator also noted that the number of suspensions is only slightly lower than last year’s 280.

The report notes a Nevada company that falsely claimed to have partnered with an SEC-qualified custodian for its crypto transactions and to offer an SEC-regulated token offering as an example.

In April, the SEC temporarily suspended trading in the securities of the cryptocurrency exchange Bitcoin Generation, “due to concerns about the accuracy and adequacy of information in the marketplace.”

The SEC also obtained 31 court-ordered asset freezes in 2019, up from 26 in 2018 over various misconducts. Per the report, the SEC took action against a number of digital asset issuers over fraud or violating the registration provisions of federal securities law in 2019.

This year also saw the regulator file the first charges for unlawful promotion of crypto assets against two celebrities who did not disclose that they were paid for the exposure, producer DJ Khaled and pro boxer Floyd Mayweather.

The SEC also took similar action against an initial coin offering (ICO) rating site, ICO Rating, that did not disclose that projects had paid for coverage. The commission eventually settled with the analytics site, charing it $268,998 for violating anti-touting provisions.

The securities watchdog also collected more than $4.3 billion in disgorgement and penalties in 2019 with 862 enforcement actions, stating that nearly $1.2 billion was returned to harmed investors. Regarding its actions against noncompliant digital currency firms and offerings, the commission concluded:

“Collectively, these actions send the clear message that, if a product is a security, regardless of the label attached to it, those who issue, promote, or provide a platform for buying and selling that security must comply with the investor protection requirements of the federal securities laws.”

The SEC continues to go after unregistered offerings

As Cointelegraph recently reported, the CEO of Delaware-registered blockchain firm Veritaseum LLC and New York-registered Veritaseum Inc., Reggie Middleton, was ordered to pay $8.4 million in disgorgement following a court order. The disgorgement represents a part of illegally earned profits as well as prejudgment interest of half a million dollars.

The SEC brought its case against Vertaseum and its CEO in August when it claimed that the entities conducted a fraudulent and unregistered ICO from late 2017 to 2018.