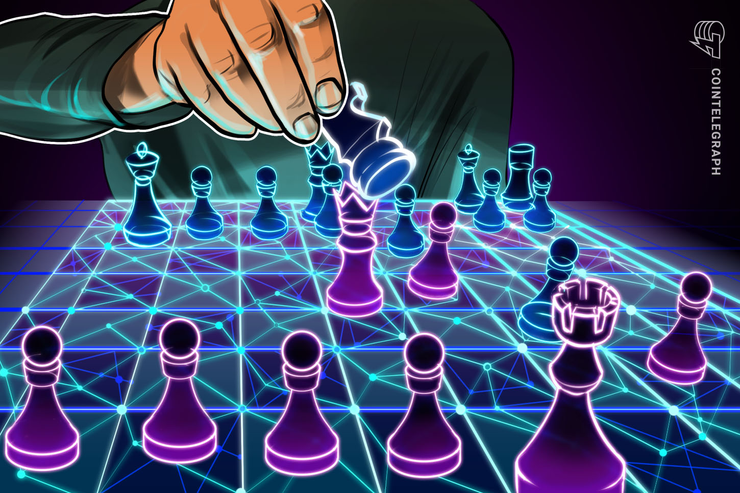 Bitcoin (BTC) technology pioneer Adam Back explained at the Transylvania Crypto Conference that there’s a greater financial incentive to creating altcoins compared to building on Bitcoin.

Forbes reported Back’s remarks on Oct. 21, noting that he is also the co-author of the “Enabling Blockchain Innovations with Pegged Sidechains” paper about Bitcoin sidechains released about five years ago. In the document, he and his fellow researchers first expressed the idea that Bitcoin’s sidechains will have substantial advantages over altcoins.

It is worth mentioning that Back’s Blockstream is the company that launched the Liquid Bitcoin sidechain. In July, Blockstream also launched a new tool that allows users to execute atomic swaps for all assets supported by the Liquid network.

During the aforementioned conference, Back explained that — despite five years already passing since the sidechains proposal — he still believes that Bitcoin’s sidechains will diminish the appeal of altcoins in the long run. He also gave his own take on the evolution of altcoin development:

“In the history of altcoins, it seemed like there was a period where there were a huge number of them that had no features. […] And that played out. And then people started to need a new way to market them, so they added features. Some of them were real features, and some of them were stories to market [their altcoins].”

Back explained that sidechains could bring the features of altcoins to Bitcoin, but that economic incentives decrease the motivation to develop such systems.

Creating an altcoin is simply more profitable than developing a sidechain with no new crypto asset. Still, he also foresees some changes to take place after sidechains become more viable than they currently are:

“This financial incentive will remain, but it will have less credibility because if you have a very easy to use extension mechanism for Bitcoin and examples of extensions that do something simple that you can build on, there’s not really a good story about why you’re doing it somewhere else.”

He also noted that his ideas do not only apply to sidechains but to every second-layer solution built on top of Bitcoin, such as scalability solution Lightning Network. Nevertheless, he admits that current sidechain solutions are still not trustless or secure enough.

Blockstream mathematician Andrew Poelstra previously expressed the idea that bleeding edge cryptography Zero-Knowledge Proofs may eventually enable better sidechains. Back also touched the subject but said that such implementations could still need a few years of development. He said:

“That’s an enormous proof, and all of the current proof systems are orders of magnitude away from being able to do that, and some of them make experimental security assumptions. […] Maybe the bulletproof-like security and scalability will improve enough, and then we can make general, fully-secure sidechains just by having the main chain block verify a list of them. That would be very nice.”

As Cointelegraph recently reported, almost $77 million of Bitcoin is currently locked in the network’s sidechains.