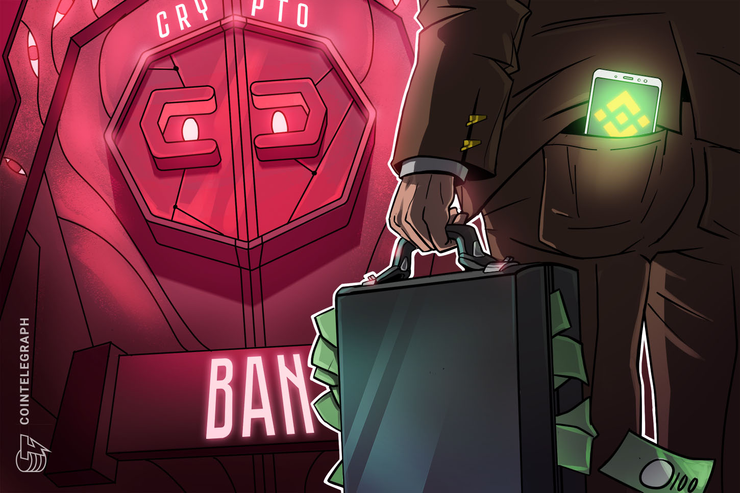 Binance’s official account on China’s major microblogging website Weibo has been blocked. The account of the major global exchange was blocked on Nov. 13, purportedly due to violations of the site’s policies, Taiwan-based publication The China Times reported on Nov. 15.

At press time, Binance’s Weibo page is blocked, displaying a notice that the account has violated provisions of the Weibo Community Convention. All content, including Binance’s posts and the number of followers, is currently unavailable.

Cointelegraph has contacted Binance for a comment on the issue, but the exchange has not replied as of press time.

Alongside insider reports about more stringent penalties for the industry in China, the action could also be caused by Binance’s launch of new fiat gateways in the country. Zhu Hongbing, chairman of Singapore Blockchain Technology Foundation, told The China Times that the suspension of Binance’s account on Weibo is connected with its initiative to accept fiat currencies through China’s payment giants Alipay and WeChat.

Binance CEO Changpeng Zhao (CZ) confirmed that Binance has started accepting fiat via Alipay and WeChat on Oct. 9. Following the announcement, Alipay stated that it will be banning all transactions identified as connected to Bitcoin (BTC) and other cryptocurrencies on Oct. 10.

Tron’s Weibo account is also blocked, while those of Huobi and OKEx are operational

The Tron Foundation, the crypto firm behind the 11th biggest cryptocurrency Tron (TRX), has also had its Weibo account blocked. Meanwhile, the accounts of popular crypto exchanges Huobi and OKEx are still available at press time.

Launched in 2009, Weibo is reportedly the second-largest social media platform in China, often referred as the “Chinese Twitter.”