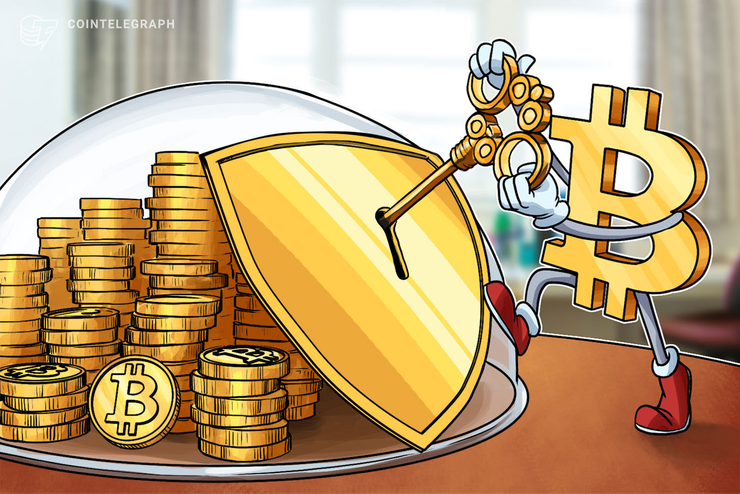 A Bitcoin (BTC) investor has allegedly lost access to funds worth over $12.9 million after failing to record the passphrase for their wallet.

In what may become the latest timely lesson for the wider Bitcoin user base, Reddit account u/lumanubrecon claimed that as of Nov. 26, their balance of 1,800 BTC was out of reach.

The user said the coins were originally stored in a so-called “brain wallet” in 2016. When attempting to recover the wallet using the passphrase generated at the time, however, the wallet does not unlock.

A brain wallet is a form of Bitcoin wallet which normally involves no physical or digital record of its passphrase at all. Instead, users create a passphrase which is easy to recall but difficult to crack. An example is a simple sentence which swaps out standard letters for symbols that resemble those letters.

“Beside memorising the pass phrase I also wrote it down in a book. Then now when I keyed in the pass phrase it doesn’t generate the address where I’ve sent 1800 btc to,” u/lumanubrecon explained in an accompanying post.

Analysis of the claims produces questions. According to data from monitoring resource Bitinfocharts, only two wallets with an initial balance of around 1,800 BTC appeared in 2016. Both saw multiple subsequent inbound transactions, while 1,000 BTC ($7.16 million) left one of them in 2017.

A Reddit moderator subsequently marked the post as “likely fake.” BashCo, the moderator of the r/Bitcoin subreddit, took aim at brain wallets as a means of Bitcoin storage.

“Why is it called a ‘brain’ wallet when anyone with an actual brain would never do something so stupid? The story is so dumb I assume it is not real,” he tweeted.

Regardless of the complaint’s authenticity, however, the need to protect the private keys to cryptocurrency balances continues to gain attention in 2019.

As Cointelegraph reported, a dedicated drive to make users take control of their holdings will hold its second annual event on Jan. 3 next year. Known as Proof of Keys, the event demands anyone who owns cryptocurrency control their own private keys.

On Monday, meanwhile, fresh findings from exchange Binance revealed the vast majority of institutional investors using its services — 92% — did not control their private keys.