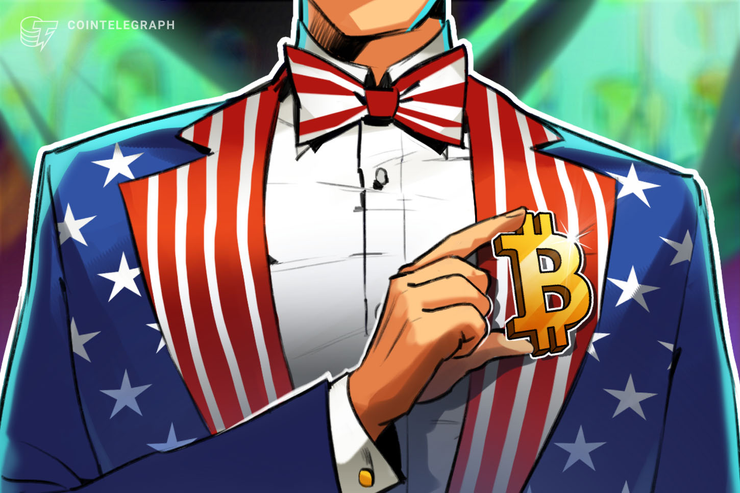 Lee publicly announced the gift he had given to Paul on Nov. 2, noting that the coin has been loaded into a gold-plated Bitcoin wallet produced by his company Ballet Crypto. He added that extra care has been given to customizing the wallet to better suit the former congressman:

“It was a special serial number AA000820 to match his birthday! And he loves the #Gold color.”

The wallets produced by Lee’s company are non-electronic physical wallets meant for cold storage of cryptocurrency. Their format is similar to that of a credit card, and they feature the passphrase of the wallet under a scratchable layer.

Paul received the gift at a lunch that took place at the Litecoin (LTC) summit 2019, also in the presence of Litecoin founder Charlie Lee, who said that all three of them share some ideals:

“We are all #libertarian — personal liberty and #freedomofmoney.”

Paul — an outspoken critic of the Federal Reserve — is known for his advocacy of gold. With regards to Bitcoin, Paul noted in July that he’s in favor of cryptocurrencies and blockchain technology because he supports competing currencies.

Paul’s stance is also in stark contrast with the ideas of U.S. congressman Brad Sherman, who believes that cryptocurrencies — potentially competing with the national currency, i.e. the dollar — should be banned. In late October, he said:

“Cryptocurrency either doesn’t work, in which case investors lose a lot of money, or it does achieve its objectives perhaps and displaces the U.S. dollar or interferes with the U.S. dollar being virtually the sole reserve currency in the world.”

On the other hand, not all U.S. representatives share Sherman’s dollar maximalist view. As Cointelegraph reported this week, two congressmen showed support on Bitcoin’s 11th birthday, noting that the technology has created “infinite possibilities for technological innovation and privacy protections.”