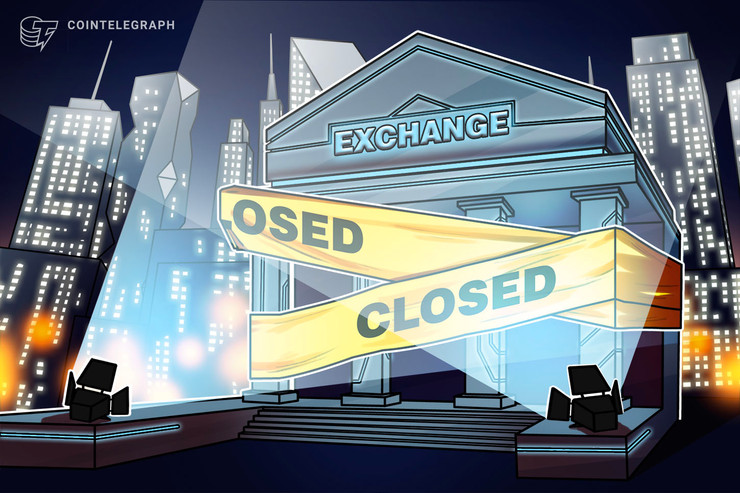 Altsbit, a small cryptocurrency exchange that lost “almost all funds” in hack on Feb. 5, will shut down its services in May 2020.

After Altsbit first reported on the hack on Twitter on Feb. 6, the exchange released withdrawal instructions on Feb. 9. According to the statement, the hack caused Altsbit to have lost 6.929 Bitcoin (BTC) and 23 Ether (ETH), among losses in other cryptocurrencies such as Pirate Chain (ARRR), VerusCoin (VRSC) and and Komodo (KMD).

Users to be refunded from crypto in cold storage

Despite a significant part of Altsbit’s crypto funds being stored on cold storage, the exchange will still terminate its services on May 8, 2020. The firm promised to refund affected users from the cold storage funds:

“Refunds will begin on February 10, 2020 and end on May 8, 2020, after this date it will no longer be possible to request a refund as the Altsbit platform will be terminated.”

In an email to Cointelegraph, an Altsbit spokesperson confirmed that the company’s decision to shut down services is final, noting that the exchange will partly reimburse its customers, stating, “We will refund whatever we are holding on cold storage to users and then the platform will close down.”

Altsbit lost about $70,000 in Bitcoin and Ether

Reported to be based in Italy, Altsbit has lost a significant amount of crypto funds for a small cryptocurrency exchange. At press time, the overall amount of verified losses in Bitcoin and Ether account for around $70,000.

In comparison, South Korean exchange Coincheck lost over $500 million in a 2018 hack that is considered to be the “biggest theft in the history of the world.”

As reported by Cointelegraph, security flaws and thefts caused cryptocurrency exchanges to lose a total of $292 million in 11 hacks in 2019. In 2018, crypto exchanges experienced less hacks, with only nine crypto exchanges falling victim to security breaches.

On Jan. 20, Changpeng Zhao, co-founder and CEO of major global crypto exchange Binance, suggested that for most, keeping crypto assets on an exchange is safer than keeping the keys themselves.