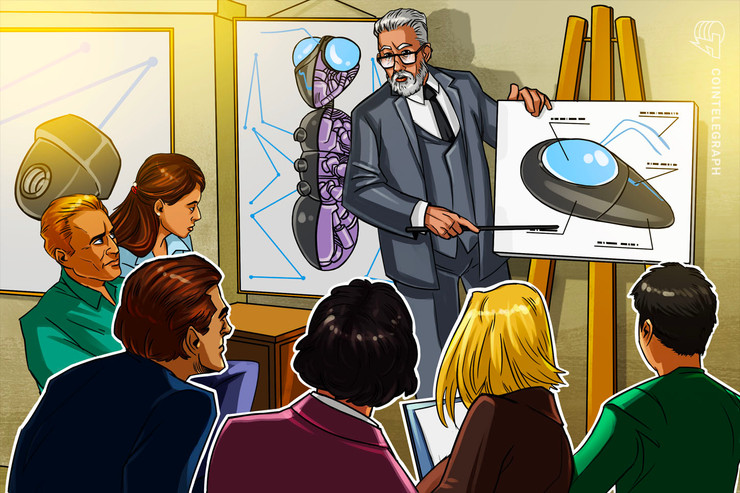 Kevin Werback, a professor and blockchain club mentor at the University of Pennsylvania, told Cointelegraph, “Even if they aren’t pursuing a career in the area, most students aren’t confident they can figure it out on their own. Blockchain is just so darn weird.”

To prepare students for this evolving marketplace, more universities than ever offer blockchain education. Not only are course offerings expanding, but innovative programs, student clubs and research centers are also taking root. And though this boom in blockchain education has exchanges, innovators and educators taking notice, the question is: when will schools go the distance and make blockchain education a full-time course of study?

“The economy and higher education are closely connected,” said Laura Perna, a higher education expert who directs the University of Pennsylvania’s Alliance for Higher Education and Democracy. “The most fundamental level is people go to college because they want a job. One of America’s strengths in higher education is the goal of trying to equip students with skills and knowledge they’re going to need.”

A study by LinkedIn named blockchain this year’s most in-demand work skill, after reviewing the data on who’s getting jobs and with what kind of know-how. Familiarity with blockchain can also amplify other skills employers need, such as analytic reasoning, cloud computing and artificial intelligence.

Another study, Coinbase’s 2019 Leaders in Crypto Education, took a holistic approach, looking beyond courses to consider each school’s broader ecosystem of research initiatives, student-led clubs and academic research. It found more than half offer at least one class, representing a 14 percent uptick from the previous year, and student enrollment in these classes has doubled. Furthermore, these classes are no longer limited to computer science departments.

How schools are teaching blockchain

The University of California gives students the chance to dig in. The Blockchain at Berkeley club’s 100 members enjoy eclectic options, such as consulting, designing, developing, educating, and researching, as well as leading special initiatives. For example, the Xcelerator program is a lab-like partnership (among three Cal organizations) with a multi-million-dollar budget. It supports various blockchain projects, as Liam DiGregeorio, a club co-president, told Cointelegraph:

“We have one or two student-led teams. We’ve had kids from Russia, Mexico, Singapore, Germany. It’s been inclusive. And I think what’s really unique — it’s run largely by the students.”

Sometimes students also teach classes. Gloria Zhao, the other co-president, has taught a class called Blockchain Fundamentals. “We go through how Bitcoin works, cryptography, use cases, and a general overview of the crypto space,” she explained. Overall, blockchain courses on campus are split into different groups, she said, “One is more business-oriented. Then there are courses that cover cryptography, security, etc.”

This maturation of course offerings is not just at Cal but across universities. Some courses hew to the tech side of things, such as engineering and programming, while others embrace the breadth of blockchain, like economics and law.

At this rate a full-time program seems like the next logical development but Werbath, the UPenn professor, isn’t so sure::

“Much of what you need to know in the blockchain area we already teach — finance, game theory, distributed computing, cryptography, law. I’m not sure how many students need a full program focused on blockchain.

Still, some schools are testing the waters of deeper study. Last year Portland State University (PSU) launched its Blockchain Business Certificate, reportedly the first of its kind. Most schools that run programs (e.g., Princeton, UPenn, MIT) use third-party education vendors or online extensions, like Cornell University’s eCornell. Although PSU’s program is online and available to anyone willing to pay the tuition, it was designed for on-campus students to supplement their major studies.

The program has given its 30 students so far a broad introduction. Six courses, including labs, cover fundamentals, business applications, and use cases, all wrapped into a tidy three-semester credential.

When Chris Booth, 38, returned to school at PSU after working as an accountant, pursuing a Blockchain Business Certificate seemed logical.

“I saw how blockchain is applied to a number of industries — finance, supply chain, etc.” the supply chain major told Cointelegraph.

“I figured this is an area that could give me an edge getting into a new industry.”

It’s this thinking that echoes the start of the program in Portland’s surrounding industry.

In 2018, entrepreneur Jeff Gaus helped launch the Oregon Enterprise Blockchain Venture Studio, a blockchain project space located in downtown Portland. Although it took off, something was missing. Gaus told Cointelegraph:

“There were very few people talking about the business use cases. With Portland State right downtown, I marched in to meet with the university, made a pitch, and after 45 minutes we said, ‘We’re going to do this.’ Eleven months later the school kicked off the program.”

Kristi Yuthas, a professor at PSU who helped Gaus found the program, weighed in:

“It’s been an interesting first year. We’re building it as we go, but launching it was the only way to go because things change so quickly. Class won’t be super technical, but we want students to understand well enough and work with an expert mentor from the community and take on current issues.”

“We’re building a vision,” instructor Stanton Heister said. “Our board of advisors includes pretty high-level companies, like Smith and Crown, Consolation Network and Moda. They’re helping us build that.”

Yuthas added, “We really want programs like this to be the way forward.”