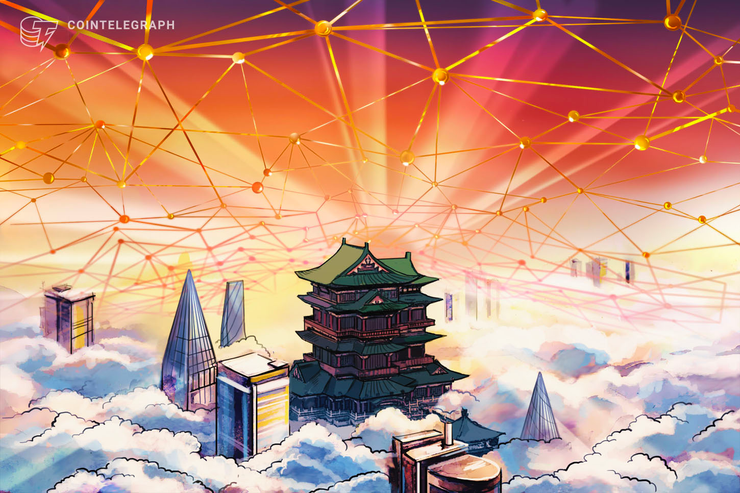 Earlier this week, a story published by Chinese state-run media outlet Xinhua featured some pro-Bitcoin comments that referred to the flagship digital currency as being the world’s “first successful application of blockchain technology.”

This latest endorsement comes against the backdrop of China’s stringent anti-crypto stance, wherein the country’s lawmakers implemented a blanket ban on its local cryptocurrency exchanges as well as initial coin offerings back in 2017.

The aforementioned Xinhua article takes a balanced approach toward crypto tech, outlining the history of Bitcoin’s development and its overall evolution. It starts off by asking readers the question “Does BTC present the global finance industry with an inevitable trend as far as future currency development goes or is the digital asset just another ‘tulip’ hype?”

The piece then proceeds to describe the core tenets of blockchain and how such a decentralized, immutable and trustless technology can be used to facilitate value transfers in a completely peer-to-peer manner. Additionally, it also covers other relevant aspects related to crypto such as mining, digital scarcity and pseudonymity.

However, similar to most Western media coverage of cryptocurrencies, the piece then starts to devolve into a sweeping tirade of how Bitcoin is mostly being used by criminals and other nefarious individuals to facilitate black market and darknet transactions — a notion that has been debunked several times over in the past. Not only that, but Xinhua’s writing staff also goes on to highlight the volatility of Bitcoin, citing its lack of central backing as being one of its core weaknesses.

The global crypto community weighs in

To better assess the implications of China’s apparent change of heart toward blockchain tech and Bitcoin, Cointelegraph reached out to Matvey Voytov, the chief marketing officer of Waves, a private blockchain solution designed to compete with existing DLT platforms. He believes that China is likely to become the most active blockchain market in the world, as it looks to spend $2 billion on projects by 2023. Voytov further added:

“You can’t ignore Bitcoin as being the most successful case of a value transfer system built on blockchain as well as the fact that Chinese investors control a significant part of today’s global bitcoin operations. Still, it doesn’t mean that in the near future China will change its stance on the trading of cryptocurrencies that are not under their control.”

Similarly, Peter Somerville, head of node and developer relations for blockchain platform Elixxir, told Cointelegraph that he too is quite optimistic about the future of crypto and blockchain in China. He pointed out that owing to the country’s massive 1.4 billion strong population, there will always be a huge appetite for real-world crypto and blockchain use cases in the region.

Additionally, he believes that since the Chinese tech community has played a meaningful role in the development of the industry from its very inception, the local market will soon change its mode of operation from a phase of hype and speculation to laying greater emphasis on projects that seek to innovate and build platforms in order to promote general adoption of these technologies.

Lastly, Andre Szykier, the chief technology officer Bitcoin ATM operator Blockchain BTM, told Cointelegraph that with China is seemingly committed to creating a gold-backed security token offering with a stated reserve of 13,000 tons — similar to what Russia has proposed for the ruble.

On the topic of Chinese-owned media outlets appearing to tone down their erstwhile stringent opposition to things like Bitcoin mining and speculative cryptocurrency trading, Szykier made an observation that gambling is a fundamental characteristic of social behavior in China, adding that, “Since the government has gone forward in creating a ‘social score’ to reward or punish behavior in the country, cryptocurrency speculation falls into this area.” Szykier concluded:

“By controlling the buy/sell activity they can identify and control participants. How this affects the top tier individuals with very large wealth is TBD. The future of retail commerce in China is heavily mobile with ease of interchange between various payment systems highly advanced. By making paper/coin payments a smaller part of retailing, the government can monitor their citizens more closely and perhaps impact their social score.”

Has local sentiment toward crypto changed in China?

In order to gauge whether local sentiment toward crypto and blockchain technology in China has actually changed since the 2017 blanket ban came into effect, Cointelegraph reached out to Alex Lam, CEO and co-founder of digital asset services platform RockX.

In his view, the Chinese government’s ban — which, at the time, was in response to an increasing amount of unregulated crypto market activity taking place within the country — ended up bringing digital currencies such as Bitcoin and Ethereum to the attention of many who had not heard of them before:

“In my opinion, the 2017 ban led to no big change in people’s perception of cryptocurrency technologies.”

It is no surprise that China, as well as a host of smaller countries, were initially fearful of BTC and blockchain technology for their disruptive potential. However, since China was recently threatened with sanctions and tariffs, the local regime moved to realize that the U.S. dollar and the SWIFT monetary system were being used against it as weapons of war and attrition.

The crypto-friendly media reports are now showing that China is truly working toward its goal of widespread blockchain adoption at a rapid pace, and that the country is gearing up for some big changes in the coming few years following President Xi Jinping’s call for adoption.

To gain further insights on the matter, Cointelegraph asked Max Pertsovskiy, head of growth at Waves, to comment on whether or not he believes blockchain adoption will continue to increase throughout China in the coming few years.

On the subject, he noted that China’s plans have instigated a fire under all potential stakeholders around the globe, as the race for blockchain supremacy is now on:

“I believe that over the next decade, nothing will shape the texture of the global economy as the jostling for leverage between China and the United States will. While there are many benefits to central bank digital currencies, the obvious impetus for CBDC was the Libra. China wants to both increase the international reach of the RMB and prevent the spread of the Libra.”

Similarly, Ben Golub, CEO of cloud storage platform Storj Labs, is also of the belief that China’s apparent change of heart toward crypto-related technologies could be a sign for bigger things to come for the industry as a whole. Golub told Cointelegraph that China is likely to broaden the lead in blockchain relative to the U.S.:

“Until the SEC rolls out more clear guidelines related to cryptocurrencies and blockchain, the US market will continue to stagnate.”