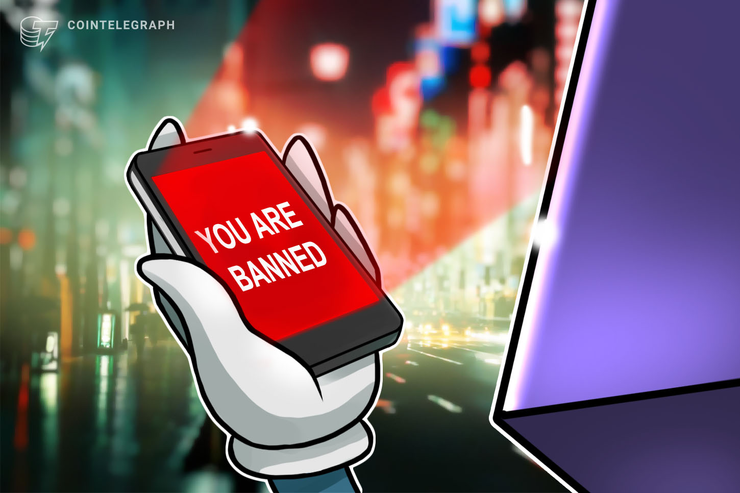 China’s Great Firewall, a tool used to ban Chinese citizens from using sites like Google and Facebook, has listed a major explorer for Ethereum’s (ETH) blockchain.

According to data from non-profit monitoring organization GreatFire, China allegedly blocked one of the most popular ETH block browsers, Etherscan, in October 2019. As of Dec. 3, Etherscan’s domain remained inaccessible from IP addresses inside mainland China, as reported by crypto publication Coindesk on Dec. 3.

Etherscan is aware of the block, firm’s CEO says

While the Etherscan’s blockage was largely unnoticed, the firm’s CEO Matthew Tan reportedly said that Etherscan noticed the action “within the last 3 months,” Coindesk reports. Cointelegraph contacted Etherscan’s team to confirm the information but the firm hadn’t responded as of publication.

According to GreatFire, which collects a database of websites blocked by the Great Firewall, Etherscan was purportedly still intact with “no censorship detected” as of Aug. 17, 2019.

The Ethereum block browser was fully blocked by Oct. 29, 2019, while the exact time of the block is not reported by GreatFire. 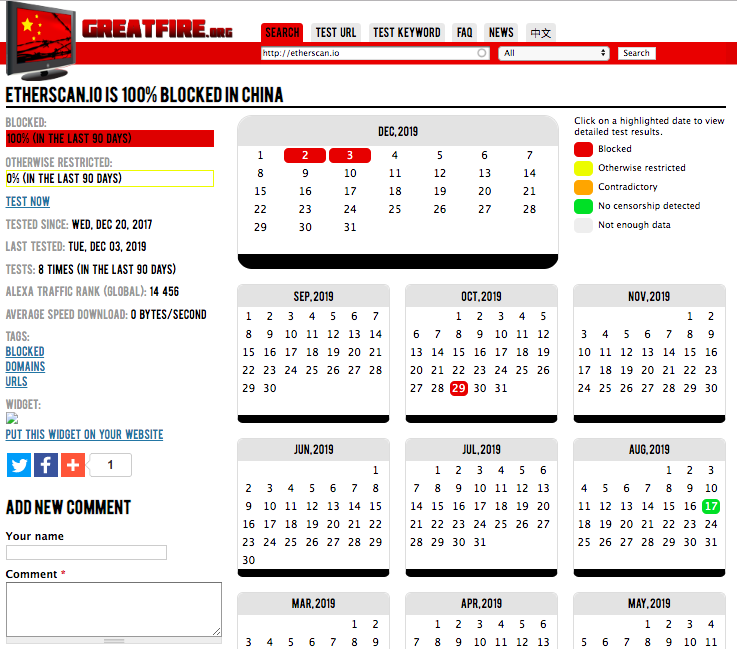 Meanwhile, other Ethereum block explorers are still intact in China. As reported by Coindesk, a localized version of the browser, cn.etherscan.com, is accessible to Chinese users as of press time.

A block explorer is a website or a tool that allows users to track blocks, wallet addresses, network hashrate, transaction data and other key data on a certain blockchain, like the Bitcoin (BTC) blockchain, the Litecoin (LTC) blockchain, or the Ethereum blockchain. For Bitcoin, there are a number of block explorers, including Blockchain.com, Blockexplorer.com, or Btc.com.

Meanwhile, Etherscan is just one of a number of block explorers such as Etherchain.org and Ethplorer.io. In March 2019, major Ethereum wallet supplier MyEtherWallet announced the launch of the alpha version of its new open-source Ethereum blockchain explorer, EthVM.