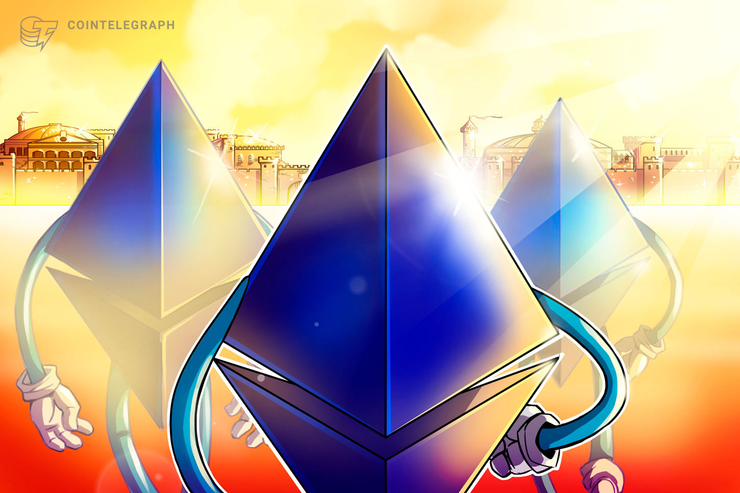 Team lead at the Ethereum (ETH) Foundation Péter Szilágyi has confirmed Dec. 4 as the expected date for the network’s forthcoming Istanbul hard fork.

In two tweets posted on Nov. 7, Szilágyi indicated that Istanbul will commence at block 9069000. He provided Geth mainnet node operators with a link to a new maintenance release designed to begin the hard fork’s initialization.

Geth is the name given to one of the two most popular clients used to operate nodes on the Ethereum network — the other being Parity.

Ethereum gets closer to 2.0

Istanbul’s most significant feature is the implementation of a new programmatic proof-of-work (PoW) algorithm dubbed “ProgPoW,” which is intended to combat the advantage that ASIC miners have on the network.

“ASIC” refers to mining hardware that uses Application-Specific Integrated Circuit (ASIC) chips, which are tailored to efficiently mine cryptocurrency based on a specific hashing algorithm.

By contrast, set-ups that use graphics processing units (GPUs) are less specialized, and have therefore to date struggled to compete for rewards on the network with those that deploy ASICs.

Ethereum’s developers decided to split the implementation of Istanbul into two stages, beginning with a version that included a selection of six Ethereum Improvement Proposals (EIPs) for testnet integration in October.

Following the Constantinople upgrade — which was completed in February of this year —  Istanbul represents the latest hard fork in the network’s eventual transition to Ethereum 2.0, intended as Ethereum’s final upgrade which is set to take place in 2020.

Also known as Serenity, Ethereum 2.0 will shift the network to a proof-of-stake (PoS) consensus algorithm and tackle core challenges such as scalability, economic finality and security.

Earlier this month, community members of Aragon — an open-source software project for creating Ethereum-based decentralized autonomous organizations (DAOs) — proclaimed themselves against the protocol’s shift to ProgPow.

Aragon One CTO Jorge Izquierdo had indicated in late October that Istanbul would result in breaking of roughly 680 smart contracts on the Aragon platform, stating:

“The issue we’re going to have hasn’t been deemed important enough for this hard fork not to happen, which from our point of view is unfortunate [but] it’s a hard balance we understand.”