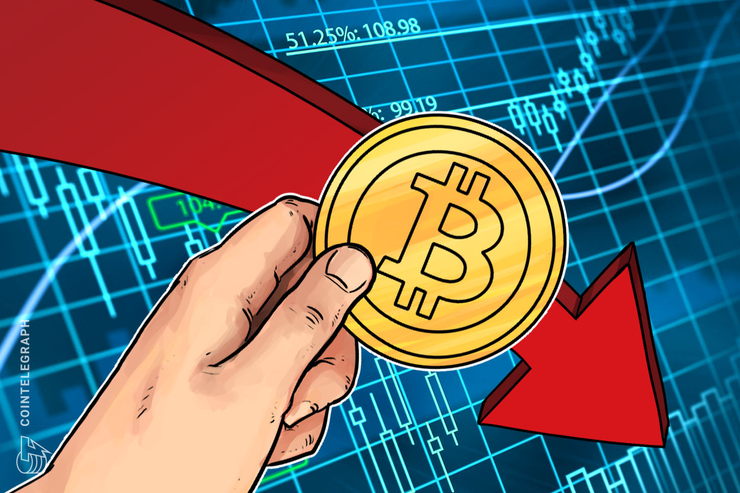 Data from Coin360 showed BTC/USD suddenly dive back into the $6,000 range on Wednesday, having previously held ground around $7,200.

At press time, a low of $6,860 saw a subsequent modest bounce higher, with Bitcoin still remaining below the $7,000 barrier.

The performance coincided with emerging rumors of suspicious activity at major South Korean cryptocurrency exchange Upbit. As Cointelegraph reported, altcoin funds worth in excess of $50 million suddenly left the platform on Wednesday, sparking fears a possible hack had occurred.

Upbit released a statement that appeared to admit funds had been stolen, confirming it had shut down deposits and withdrawals while it investigated.

“To ensure that your assets are harmed, 342,000 ETH transferred to unknown wallets will be covered by upbit assets,” Lee Seok-woo, CEO of parent company Dunamu wrote. He added it would be “at least two weeks” before users regained access to their balances for withdrawal.

Reacting, not everyone was convinced that Upbit in and of itself was moving markets.

“I actually do not think the UPbit incident is moving down the price of bitcoin because it shouldn’t really. UPbit is covering for all losses. If it is related, it would be that the ‘hacker’ is selling it, which is difficult to do it so quickly after the incident,” South Korea-based Cointelegraph contributor Joseph Young commented.

As Cointelegraph reported, analysts believed Beijing authorities’ commitment to stamp out exchanges caused a sell-off worldwide, with investors keen to exit their positions in order to buy back in at a lower price.

Other factors, such as tax maneuvers and liquidity shortages, were reportedly also to blame.

Altcoins were slower to react to Bitcoin’s downward trajectory. Out of the top twenty cryptocurrencies by market cap, most had yet to move significantly at press time.

The overall cryptocurrency market cap was $191.4 billion, with Bitcoin’s share at 66.2%.