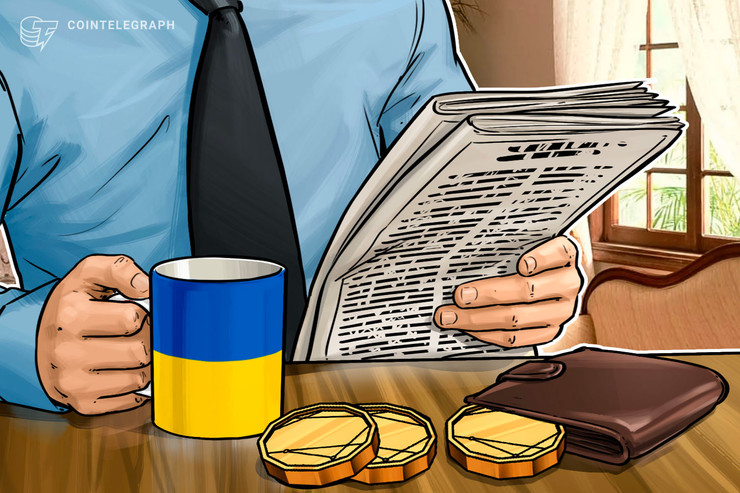 Dubbed UAX token, the new stablecoin is pegged to the hryvnia on a 1:1 ratio and is based on the Ethereum blockchain, according to an official announcement by Kuna exchange on Feb. 20.

According to Kuna, UAX is now being tested by select Kuna users in an open beta that will last until March 20, 2020. The aim of the first phase of UAX implementation is to integrate with market players, technical testing on decentralized finance platforms as well as research into the “latest economic theory,” the firm said.

Speaking to Cointelegraph, Chobanian confirmed the company’s position that Kuna is the first entity to launch a hryvnia-based stablecoin. However, Kuna’s founder mentioned that Ukraine’s central bank piloted its national digital currency, the e-hryvnia, in February 2019. According to Chobanian, the e-hryvnia project hadn’t got much further than research though. “There also was a pilot by the national Bank of Ukraine but only as a research,” the founder said to Cointelegraph.

Asked about regulation terms of the new stablecoin, Chobanian outlined that there’s no relevant regulation in Ukraine so far, adding that Kuna will be using its own infrastructure for regulatory oversight for now. He said:

“So far there is no regulation. But we are the drivers of the process in the country. So at some time in the future there will be laws that will clarify the process. At the moment we use Kuna’s infrastructure. Once the law will be in place we will separate Kuna from the stablecoin operator xreserve.fund.”

As reported by Cointelegraph, the Ukranian government approved the final version of a money laundering law that will handle virtual assets and virtual asset service providers in late 2019.

As the new stablecoin is based on the Ethereum blockchain, UAX will support major Ethereum token standards such as ERC20 and ERC865. The first UAX emission comprises one million tokens, Kuna noted. At press time, the amount of one million Ukrainian hryvnias is worth about $40,000.

In order to ensure the 1:1 peg to the Ukrainian fiat currency, Kuna exchange is planning to implement an audit method known as Proof-of-Reserve. Practiced by major global crypto exchanges like United States-based Kraken, a Proof-of-Reserve scheme intends to provide an independent, cryptographically-verified audit to ensure that companies hold full reserves of customer funds.

UAX was first mentioned by Kuna exchange on its Telegram channel back in March 2019. On March 1, 2019, the exchange first announced the launch of UAX website, noting that the project was coming through a private test.