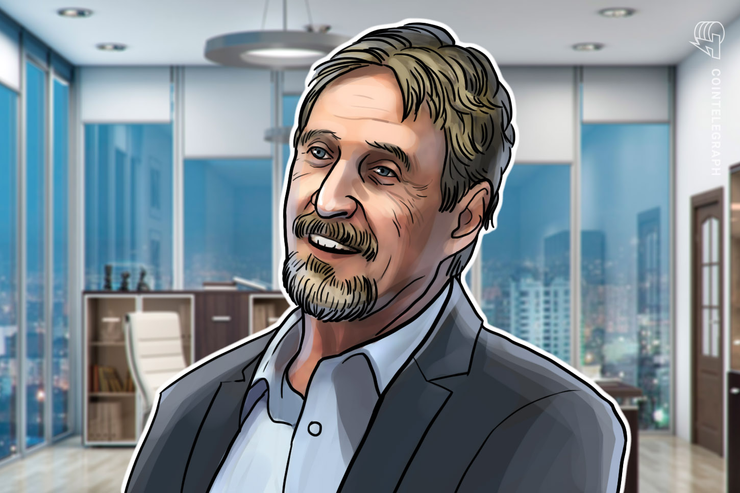 John McAfee said that it is not the responsibility of cryptocurrency firms to help prevent crypto use in crime. McAfee delivered his remarks in an interview with Washington D.C.-based news agency The Hill on Nov. 11.

McAfee argued that authorities should not require cryptocurrency companies and trading platforms to help them control digital currency use in illicit activities. McAfee said he hopes that the “societal impact of giving people freedom from an overburden and corrupted government” prevails over “what small part criminals are going to play in this technology.” He added:

“You can’t put that responsibility on me as an entrepreneur. You can’t require me to assist you in preventing what might be a future crime.”

As Cointelegraph reported last August, the United States Financial Crimes Enforcement Network revealed that the agency had seen a surge in filings of crypto-related Suspicious Activity Reports, the number of which exceeded 1,500 per month at the time.

Industry players get proactive in fighting crypto use in crime

Despite McAfee’s assertions that cryptocurrency firms are not responsible for tracking suspicious behavior associated with digital currencies, other industry players are taking a more active role.

According to a Chainalysis report released this spring, 64% of ransomware attack cash-out strategies involved the laundering of funds via cryptocurrency exchanges, 12% involved mixing services and 6% involved peer-to-peer networks, while others used merchant services providers or dark web marketplaces.

However, in late August, Chainalysis revealed that stolen funds represented only 8.1% of all funds sent to cryptocurrency mixers.