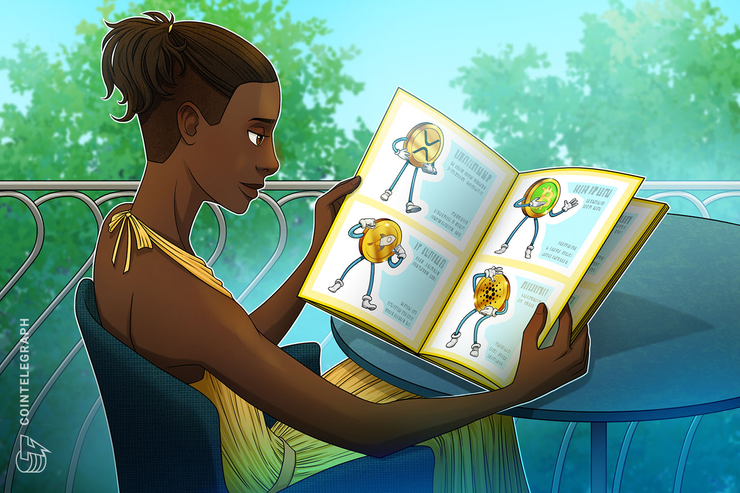 Visit the website of any stock exchange platform, like the Nasdaq or the New York Stock Exchange, and the listing fees for new companies are there to see. There is hardly any controversy when it is clearly stated like this, but the same cannot be said for the cryptocurrency space. Here, numerous reports show that crypto exchanges are being decidedly opaque about the structure of their listing fees.

Take Blockstack, for example: A recent filing with the U.S. Securities and Exchange Commission revealed a $250,000 payment to Binance in its listing of STX token. The cryptocurrency trading giant, however, denied reports that the payment constituted a listing fee.

Likewise, some major exchanges say they have no listing fees, but reports abound of projects being charged significant sums to have their crypto tokens added to the trading catalog. Other platforms looking to cash in on this goldmine reportedly engage in wash trading, obtain false trading volumes, and charge exorbitant fees for the right to list tokens on their platforms.

There are even suggestions that some exchanges go on to pump these tokens after charging the expensive fees. Once the tokens reach a certain price ceiling, a massive dump follows, and the exchanges purportedly make an extra profit.

As reported by Cointelegraph on Oct. 28, Blockstack’s SEC filing shows Binance receiving the sum of $250,000 tagged as a “long-term payment” to keep STX listed on the exchange for a year. Blockstack will also make three similar payments of 833,333 STX (currently worth $250,000) to cover for an additional three-year listing period plus an additional $100,000 marketing fee.

In total, Blockstack is committing to about $1.1 million in “fees” over a four-year period. This revelation calls into question a previous statement from Binance that it did not charge Blockstack any listing fee for adding STX to its platform.

The Binance spokesperson’s claim that the $250,000 payment was Blockstack’s idea was corroborated by Blockstack CEO Muneeb Ali, who told Cointelegraph: “Their standard agreement has a listing fee which is called the ‘Technical Integration Fee’. The technical integration fee is $0 as publicly disclosed in the filing.” The Blockstack chief further revealed that the long-term payment was a unique agreement proposed by his company. According to the Blockstack CEO:

So, to recap, Binance did not charge a listing fee for Blockstack’s STX token. However, Blockstack offered to pay $250,000 as long-term payment to keep its token on the Binance exchange. When asked about the platform’s standard listing practice regarding fees, the Binance representative revealed that the exchange does charge listing fees, though this long-term payment fee was not listing fee, adding that listing fees are usually charged to cover the cost of integrating a token into the platform.

What some cryptocurrency exchanges say

Binance updated its listing fee in October 2018, promising to ensure transparency in its altcoin listing process. At the time, the exchange giant announced that it will be donating all listing fees to charity via its nonprofit Binance Charity Foundation. Given Binance’s explanation that the $250,000 payment received from Blockstack isn’t a listing fee, it seems highly unlikely that the exchange will donate that sum to charity. Binance also has a marketing fee, which was explained by the spokesperson:

“The marketing payment is an amount of tokens sent to us which will be used as rewards for any promotion to be run on Binance.com in the future and will be 100% given to users as rewards, including but not limited to trading competition, community airdrop, etc. Binance has taken no fee or revenue from this amount.”

The Binance representative did, however, state that such payments do not factor into the decision to list a token. Binance CEO Changpeng Zhao once famously quipped:

“We don’t list shitcoins even if they pay 400 or 4,000 BTC. Question is not ‘how much does Binance charge to list?’ but ‘is my coin good enough?’ It’s not the fee, it’s your project! Focus on your own project!”

These comments came after Christopher Franko, creator of blockchain platform Expanse, claimed that a Binance representative demanded $2.6 million to list its project’s token. There are numerous similar stories where projects claim crypto exchanges have charged them fees as high as $15 million to be listed on their platforms.

Binance DEX charges a standard flat listing fee of 1,000 BNB. Earlier in 2019, the Binance CEO declared that the fee was necessary to raise the minimum entry barrier on the platform to prevent adding tokens with little or no economic and technical viability — or as they are colloquially known, shitcoins.

Even when there isn’t any listing fee, projects typically have to put up some form of advance payment before their tokens appear on these platforms. Exchanges say these payments help them to market the new token listing as well as take care of sundry administrative costs. OKEx, another major crypto exchange, does not charge listing fees. Commenting on the matter, Andy Cheung, head of operations at OKEx, wrote to Cointelegraph:

“We don’t have a standard listing fees. Some 3rd party cost could incur such as compliance, legal and due diligence of the project when it comes to listing, depending on the complexity of the token structure and design.”

The OKEx executive also maintained that the platform does not charge integration or other tech-related fees, declaring, “We believe as an exchange we should support as many as protocols as possible so to support a variety of token for our Users. The cost that we are paying is the time in testing and integration.”

Cointelegraph also reached out to Kraken for comments about its listing process. A spokesperson for the cryptocurrency exchange revealed that Kraken does not charge listing or integration fees, declaring:

“Kraken maintains a rigorous listing evaluation that incorporates a cross-functional team including Business Development, Kraken Intelligence, Legal, Compliance, Product and Engineering. As with everything we do, we have been deliberate in our listing approach to design a process with a strong rationale for new assets listed on our exchange.”

Should listing fees be a controversial issue?

Some critics rail against the existence and magnitude of listing fees charged by cryptocurrency exchanges. Ethereum co-founder Vitalik Buterin famously protested the activities of centralized platforms, remarking that he hoped they would “burn in hell.”

At the time, exorbitant listing fees formed part of Buterin’s grouse with centralized crypto exchanges, adding that they essentially had the power to make or break crypto projects. Some crypto exchange stakeholders like the Binance chief did take Buterin to task for his comments, highlighting the fact centralized platforms have played a huge role in the development of the digital currency market.

According to Cheung of OKEx, crypto exchange platforms have to a strike a balance between enabling greater participation in the ecosystem and maintaining the integrity of their token listing process:

“We firmly believe that a long term approach to working with quality token teams is the key to successfully fostering a healthy ecosystem and providing our community with a variety of sustainable, interesting, and useful tokens to trade.”

Buterin isn’t the only crypto founder to lambast exchanges on account of listing fees. In 2018 tweet, the Bancor team accused platforms of charging more than mainstream stock exchanges like Nasdaq.

The tweet also brought upthe fake trading volume — an issue that is not unrelated to discussions surrounding cryptocurrency exchange listing fees. According to several reports, most exchanges exaggerate their trading volume figures in the hopes of commanding higher listing fees.

The opaque nature of the listing process on crypto exchanges also arguably contributes to the air of controversy surrounding the issue. In the absence of publicly stated listing procedures — as is common with mainstream stock exchanges — rumors and speculation take center stage. According to the spokesperson from Kraken, cryptocurrency exchanges need to do more in lifting the veil of their listing processes, remarking:

“It’s important to educate the marketplace about the listing fee process. When an exchange lists a new asset, it takes on the financial, security and regulatory risks associated with listing an asset.”

There is an argument to be made that libertarian ideals form the core of the cryptocurrency philosophy. In this regard, exchanges charging fees at all — let alone demanding seven-figure payments — is a reality that shouldn’t sit well with cryptocurrency purists.

Thus, while it is standard for listing agreements on the likes of the NYSE and Nasdaq to have fees, the existence of such for cryptocurrency exchanges remains a topic of considerable discontent.