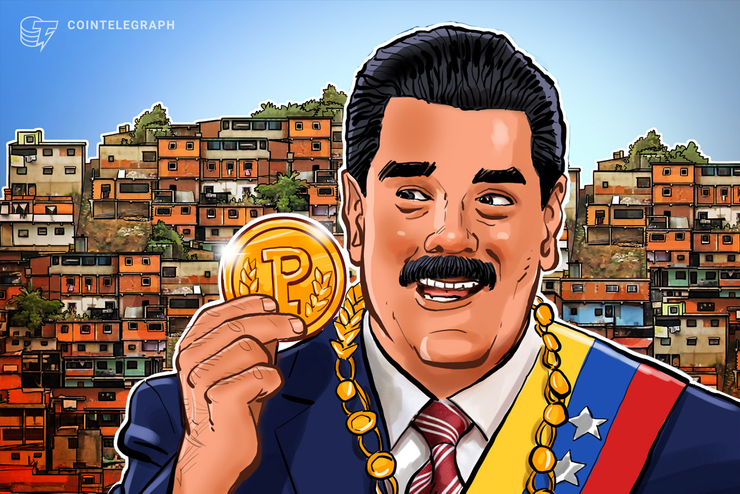 Venezuelan President Nicholas Maduro announced that the Christmas bonus of the country’s retirees and pensioners will be paid to them in the national cryptocurrency Petro.

The Twitter profile of local news outlet Venepress reported on Maduro’s remarks on Nov. 17. This particular instance is not the first time that Venezuela pushes Petro into the wallets of pensioners so far.

As Cointelegraph reported in December last year, Venezuela back then has automatically converted pensioners’ bonuses for the year into Petro.

Petro, the future for Venezuelan economy?

The crypto asset in question has been first launched for a pre-sale in February last year and raised concerns among foreign observers from the start. In late August last year, Petro was already scathingly denounced as an opaque “stunt” backed by a centralized and debt-saddled entity.

Still, the national cryptocurrency and cryptocurrencies as a whole are being increasingly pushed by the local government.

As Cointelegraph Spain reported on Nov. 13, the Deputy of the National Constituent Assembly of Venezuela, Francisco Torrealba, said that he believes all currencies will be replaced by cryptocurrencies.

Speaking about Venezuela, Torrealba claimed that the country is facing a great change and Maduro is making a “great contribution” to the country by creating the Petro. He concluded his interview by saying that “everything will be from this currency [the Petro].”